Everything seems to be coming in threes at the moment.  My trio of blogs yesterday and last night a trio of homemade Pizzas, what will the third 'third' thing be?!?

So, last night March 1, was Pizza Night! Same day as Nigel and his recipe is on pages 67 - 70.  He provides a recipe for the dough and an express recipe for Hemp Seed Pizzas with Egg and Rocket.  Picture here: 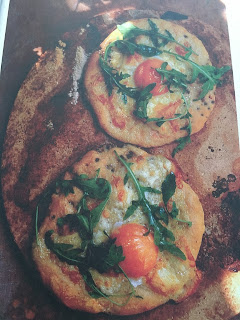 I have made pizzas before and always have the dilemma about the yeast as I do not have an airing cupboard.  Fear not fellow homes without airing cupboards.  I am always amazed how effective it is when you just warm the bowl, use warm water and then pop the bowl (covered in tea towels) on a chair in front of the radiator.  Look at the results!  This is like one of those before and after bikini body shots you find in trashy magazines (although from thin to fat rather than fat to thin!) 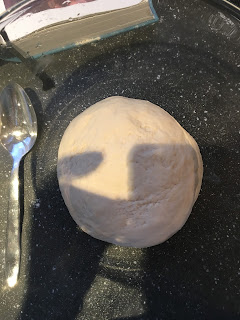 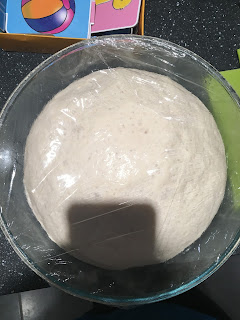 Moving on, I did make Nigel's Pizza's, but we had guests for dinner so rustled up a couple of others.  Both with my homemade pizza sauce, made by frying some minced garlic and onion, tipping in a can of chopped tomatoes and mashing them: 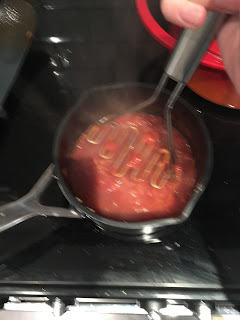 To this you add a teaspoon of sugar, some salt and pepper and then letting it simmer for a good while to reduce down.  You do not want it too watery.  Finally, you add some fresh basil.  I usually add some oregano when adding the seasoning but I appear to have run out! Toppings tonight included pepperoni, parma ham, mushrooms, more basil, chills, etc: 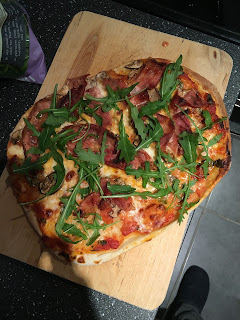 Ok, so onto Nigel's, Hemp Seed Pizzas with Egg and Rocket.  I still cannot locate hemp, so used the seed mix I added to a previous Nigel recipe that called for it.  This gets added to the dough and kneaded into it.  Once rolled out cheese is added and cooked in the oven until starting to brown: 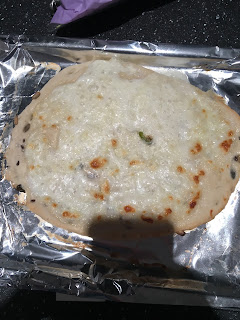 You then separate the egg yolks and add to the Pizza.  As we were all feeling rather stuffed at this point I did one medium pizza to share rather than Nigel's individual ones, which actually worked really well.  Here are the pizzas before the final bake and the finished product: 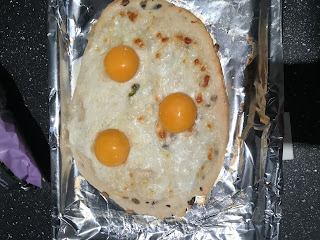 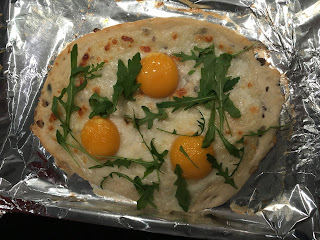 The eggs were cooked perfectly: 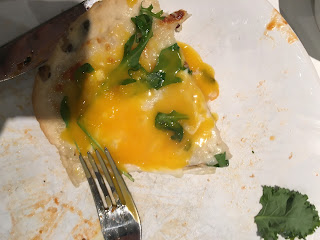 To be honest this was odd.  A runny egg is always delightful but none of us were quite sure on it.  There is nothing to dislike about it and the seeds in the dough added a lovely texture and flavour.  We thought this was probably better as a brunch dish rather than a dinner.

One thing I will say though is that Nigel's recipe and method for pizza dough is foolproof and delicious.  As mentioned I have made pizza before but going forward this will always be the recipe I use for my dough.  So thank you Nigel!