A young carrot with a Sake chaser

This recipe demands Sake, it is one of the main ingredients.  I have never bought Sake before.  A very good friend of my husband bought us a fantastic Sake set with mini bottles of Sake from Japan.  We still love and treasure the set, but I am not sure what happened to those bottles of Sake...

This recipe, Braised Steak, Sake and Shallots on page 88 of Nigel Slater Kitchen Diaries Vol III (no picture) was to be cooked on March 17, and as you can see by the use by date on the veg below I was not far of this date when I cooked it.  I had a bit of a nightmare with the ingredients.  The very large supermarket I went too had hardly any of the very few ingredients that this recipe requires.  Not even Pak Choi, so I had buy this, which at least contains some Pak Choi: 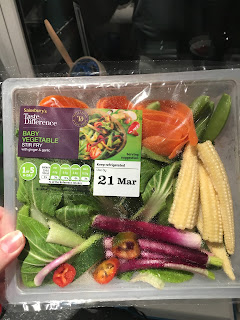 The selection of Sake was also very poor.  My husband when he found out about this dish, exclaimed his love of Sake (starting to see where those missing bottles went) and charged me to buy the finest I could. As it turns out there was only one brand in this supermarket and it was cheap, thankfully Nigel's recipe calls for a 'cheap brand of sake' so that was at least one thing I got right off the list!

This is a great one pot dish using cheap braising steak.  It also requires young carrots.  I wondered if Nigel meant chantery carrots (the supermarket also out of those).  So I asked a bunch of carrots how old there were, apparently a cardinal sin, never ask a carrot it's age.  I thought these looked young (?!?!) so into the pot they went: 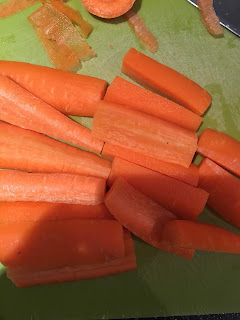 The pot is starting to look a little like this: 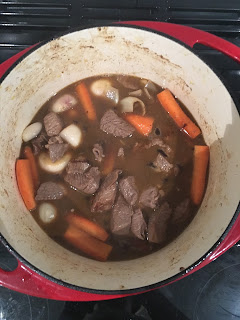 You add the Pak Choi near the end, as it obviously does not take that long to cook.  However, my mixed box of stir fry veg included some mange tout and baby corn so I added these as well (just before the Pak Choi): 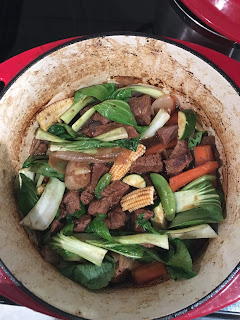 I then opened a bottle of this.  A fantastic wine which said supermarket often does half price and £7.50 for this is a fantastic value: 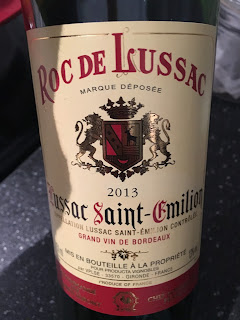 So the final dish we served with some just plain steamed egg noodles: 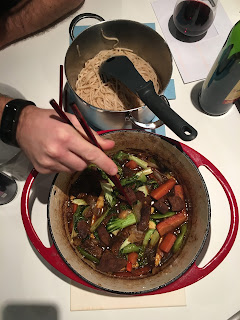 As you can see my husband could not wait to tuck in as the smell was fantastic.  This was a fantastically simple yet tasty dish to cook and was throughly enjoyed by us both.  Now for pudding...that Sake chaser...